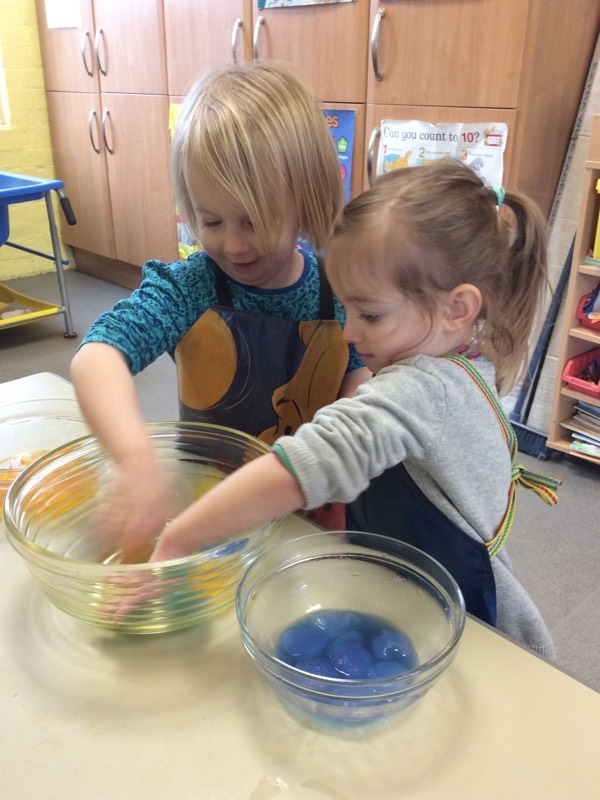 Posted at 09:40h in Uncategorized by Chris Brooker

It’s science week at Holy Apostles’ playgroup! The children have been looking at our discovery jars and predicting what will happen when they are shaken. 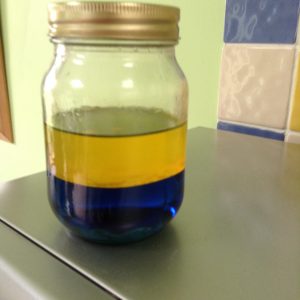 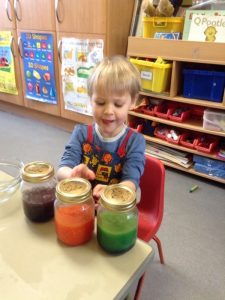 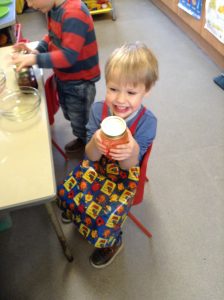 We explained that the jars contained water and oil and that we had added some oil-based and some water-based food colouring to the liquids which is why the colours separated into two stripes.

We asked the children to predict what would happen when they shook the jar and they guessed that the colour might change because it was mixed up. They loved observing the colours separating back out and were then keen to shake them up again.

We also provided a selection of coloured ice, which the children could mix together and predict what colour the ice would change into. They talked about what the ice looked like and how it felt; one child said ‘it looks like pillows” and ‘it looks like coloured stones’. 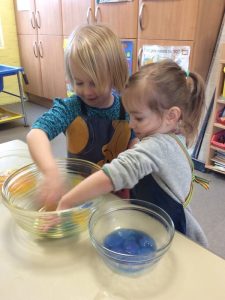 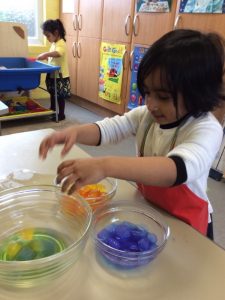 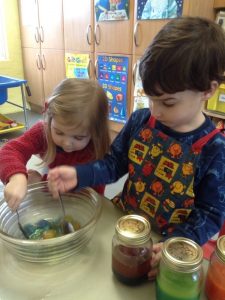 The children at playgroup used lots of descriptive words and were fascinated to be able to watch the colours changing and then changing back in the discovery jars. Lots of interactions took place between the children as they mixed up the colours.

The children have also brought items in from home to talk about at carpet time; one child brought in a toy concrete mixer which prompted us to think about what ingredients make concrete and where it is used. We also talked about space ships and astronauts and how astronauts breathe when they are in space. 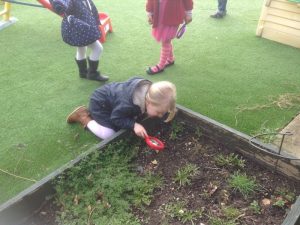 Then we continued our science theme outside where the children decided they would like to go on a bug hunt. They used magnifying glasses to study the soil in the flowerbeds and also checked the bug hotel for activity!