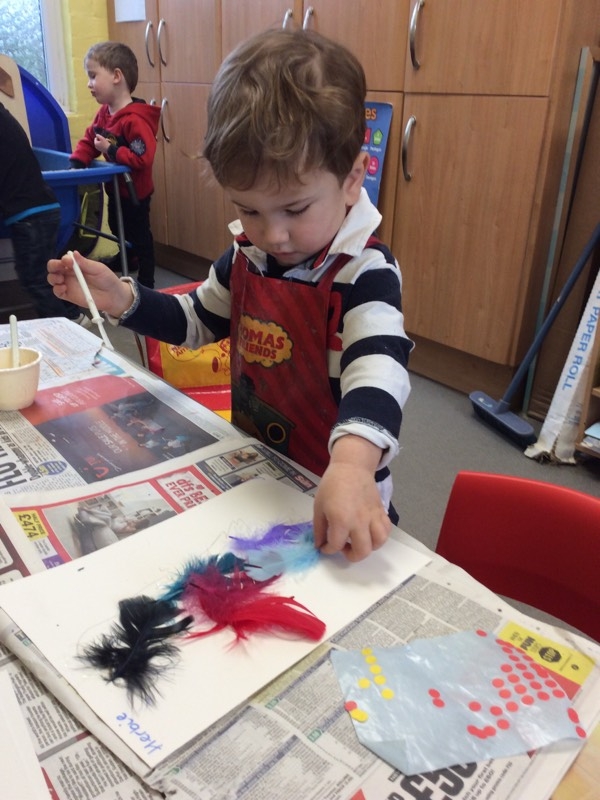 01 Feb Finding out about birds at Holy Apostles’ Pre-school!

Posted at 23:03h in Learning, News by Chris Brooker

We have been finding out about birds at Holy Apostles’ Pre-school. The children and nursery staff looked at birds that we might spot in our gardens and decided that robins and blackbirds were amongst our favourites! We talked about what the birds liked to eat and then we all made bird cakes to hang out in our gardens. 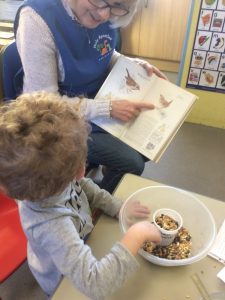 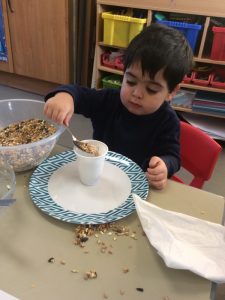 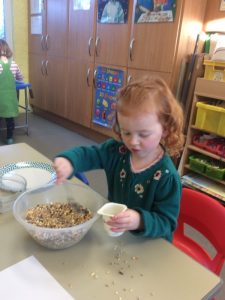 Theo said that he had seen a wren in his garden, so we looked in our bird book to find out more facts about wrens. Jasmine and Dexter carefully tipped their birdseed into the melted lard and stirred it up well! We then pushed in some string so that the bird cake could be hung out in the garden. The preschool children took their pots home to put in the fridge to set. We asked the parents to send in photos of the children’s bird watching activities! There were lots of sightings of common garden birds. 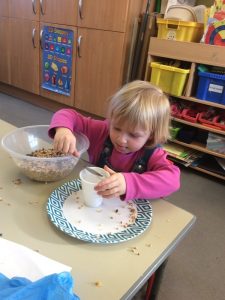 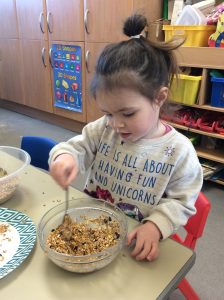 Florence was developing her fine motor movement skills and hand/eye co-ordination whilst spooning the seeds into the mixing bowl. Then Lilly set about mixing the melted lard and seed.

Parents sent us photos of their child’s bird cakes, which they had put outside, in their gardens in Cheltenham. 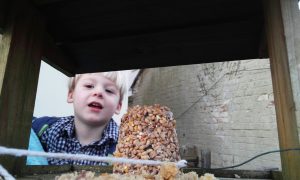 John was very excited to put his cake on the bird table in his garden. 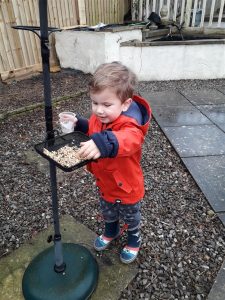 Herbie carefully arranged his bird cake on his garden bird feeder at home. 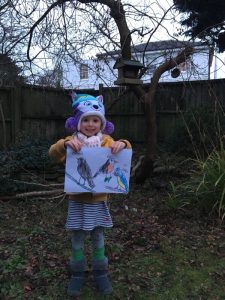 Lily went bird spotting in her garden and then drew the birds that she had seen. She coloured her blackbird, robin and blue tit beautifully. 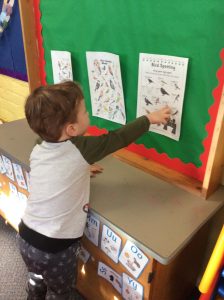 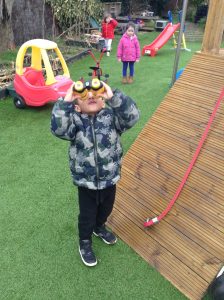 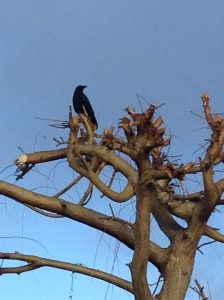 Children were able to look at the bird spotting charts before going outside pre-school to see what they could find. The binoculars proved useful when a large crow landed on a nearby tree! The activity has encouraged the children to look at the world around them and record their sightings. 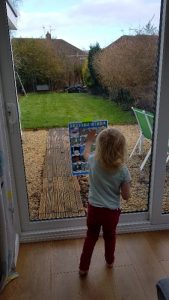 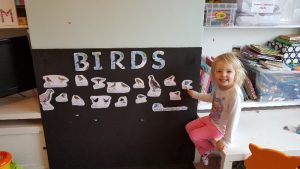 Flossy’s parents helped her to make her own bird chart at home. She regularly checked her chart on the window to see if she could identify any more birds that she saw in her garden. She told me she saw a blackbird and some seagulls! 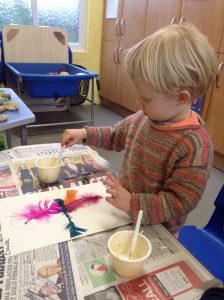 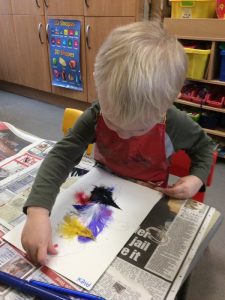 After we had looked at birds we might see around Holy Apostles’ Pre-school we decided to look at exotic birds. The parrot proved popular and so we decided to make our own parrots using a lovely selection of coloured feathers. 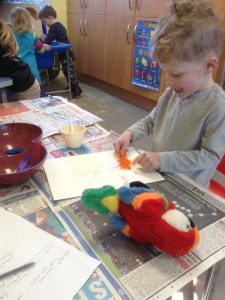 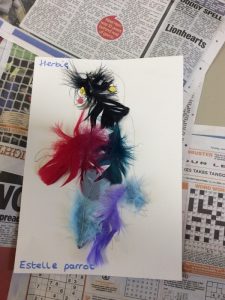 We had some visual clues to help us and we looked at lots of tropical birds on the iPad. Theo is enjoying matching the same coloured feathers on his parrot as the soft toy. When the children had finished their parrots they chose a name for them before they were displayed on the art board.

Holy Apostles’ Pre-school children have really enjoyed the bird topic, which was originally suggested by Flossy!