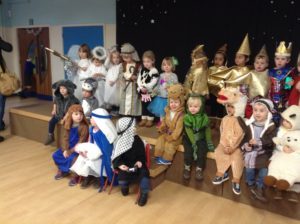 Holy Apostles’ playgroup performed their version of what turned out to be a ‘very Wriggly Nativity’ on Tuesday 13th December 2016.

The children were really excited to finally wear their beautiful costumes; Mary and Joseph sat serenely awaiting the arrival of a full bench of stars and angels. The Innkeeper and a menagerie of animals including donkeys, camels, sheep and a crocodile soon joined them. Then it was the turn of the shepherds to stare in amazement at the beautiful angels; they encouraged their reluctant sheep to dance! The three wise men followed the bright star and arrived at the stable bearing gifts.

The children aged between two and four years old performed their dances and songs with enthusiasm; we had a particularly energetic sheep this year who joined in whenever dancing was an option! The whole cast gave a spirited performance of the title song, Wriggly Nativity; the performance was over all too quickly and parents and grandparents cheered and clapped loudly! 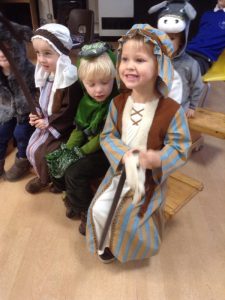 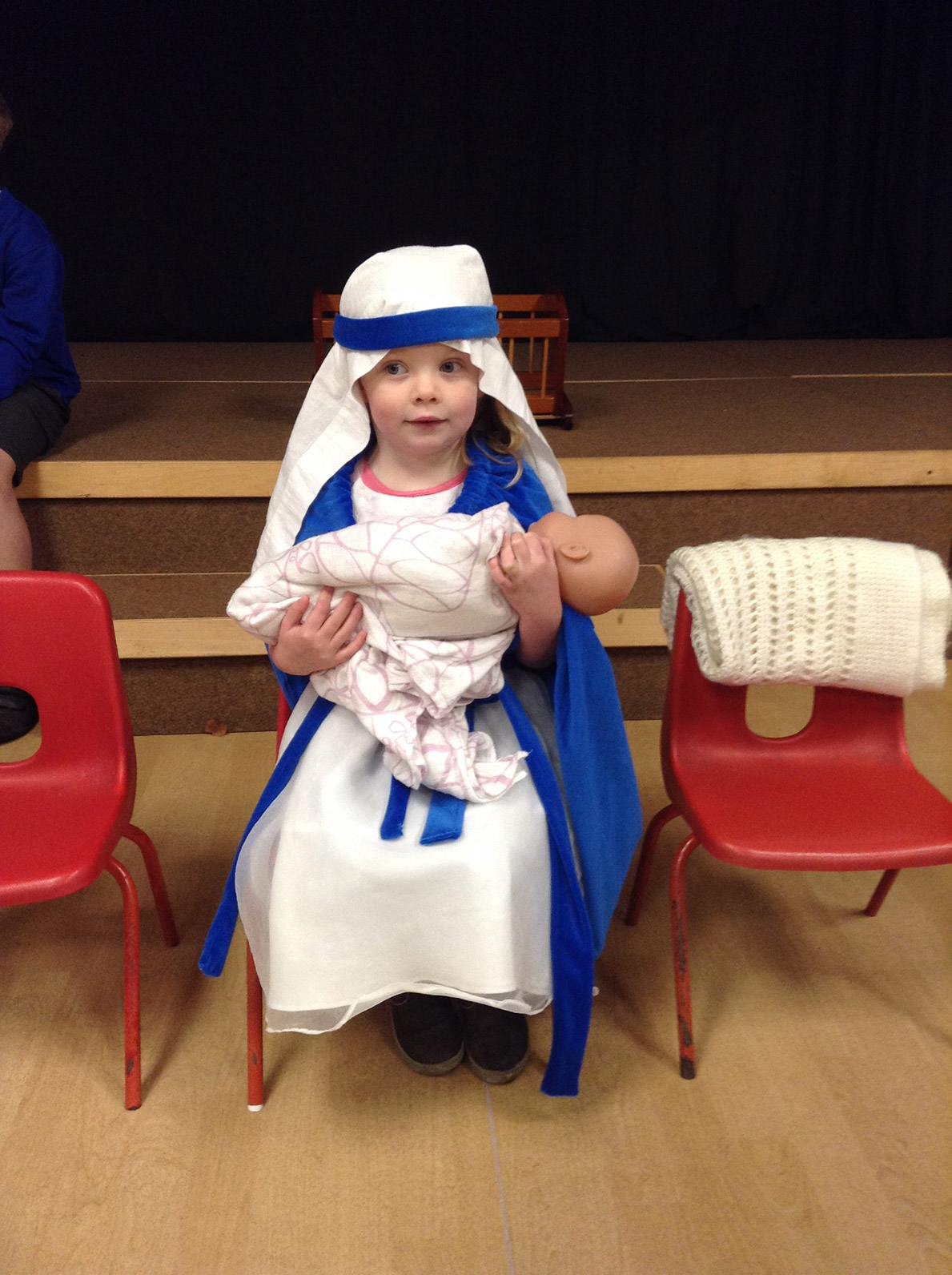 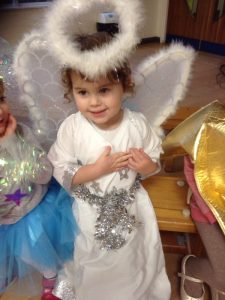